Since posting my plan two months ago to cover over 300 miles on foot through four New England states I haven't walked or run a single step of the route. I just couldn't motivate myself to do it during one of hottest summers on record. Now that cooler weather has arrived I hope to make some progress towards that end. Today's run on the Mid-State Trail was a start. A small one mind you, but still a start.

Since I had previously hiked from the Northern terminus to Mt.Watatic, my plan for today was to start at the Mt. Watatic parking lot in Ashburnham and run to the Wachusetts Village Inn in Westminster, a distance of approximately 15 miles. That changed when my friend Bill M. asked if he could join me. He only had two hours available due to another morning commitment but I was happy to alter my plan. I'd much rather do a two hour out and back with a friend than a 15 mile point to point alone. I already spend way too much time alone.

Although we covered less than nine miles we had to work hard for much of the run, climbing three mountains (twice, since we did and out-and-back) with nearly 1500 feet of vertical gain. I can't recall a whole lot of flat trail on this section of the MST. That's fine with me. I need to start doing more climbing which was painfully obvious as I gasped for air on the return climb up Blueberry Hill. Pass the oxygen please. 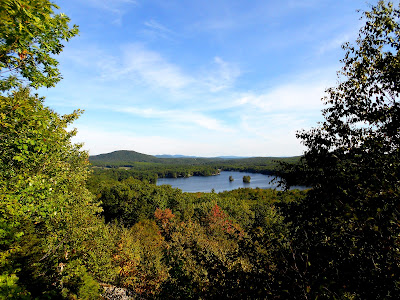 Best view of the day from Mt. Hunger. Looking down at Stodge Meadow Pond with Mt. Watatic to the left and the Wapack Range in the distance. 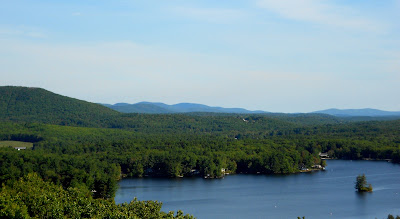 A closer look at the Wapack Range to the right of Mt. Watatic. 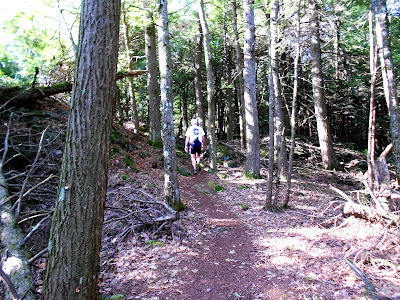 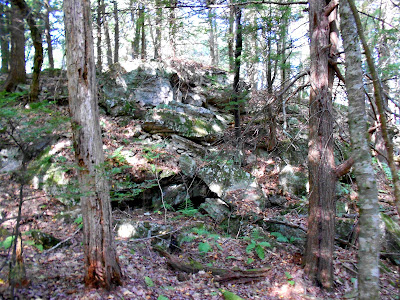 A cave in the mountain side.

Today's elevation profile reminds me of ocean waves. Just not as much fun riding these ones!

This weekend, I participated in the Maine Lighthouse Ride which is the main fundraiser for The Eastern Trail in southern Maine. About 1200 riders had the option to cycle routes ranging from 25 to 100 miles. I haven't been spending as much time on the bike as I would have liked so I picked the 40 mile option. The 40 route would take me though South Portland, Scarborough and Cape Elizabeth with the final 10 miles being the hilliest. So Cruel! I thought the distance was long enough to challenge me and the route also provide an opportunity to see eight of southern Maine's lighthouses. I have to admit I must have not paid close attention to my surroundings and can't recall seeing that many. It was still a great day to be outdoors and it was my longest ride so far. 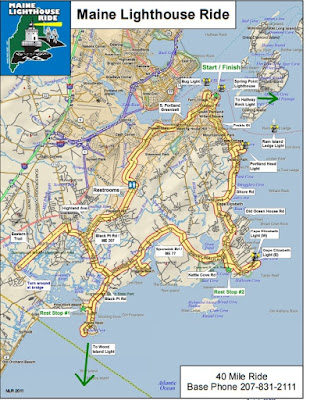 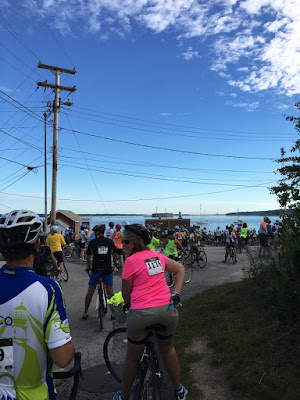 40 mile riders lining up for the early morning start. 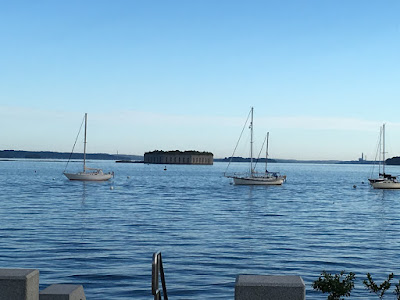 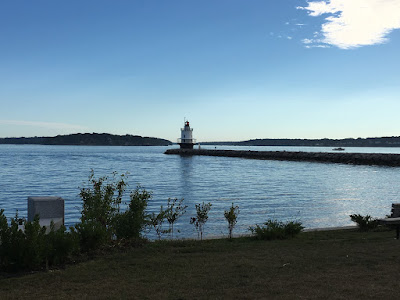 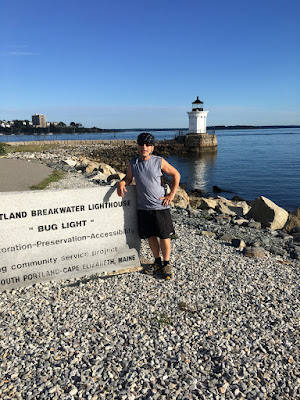 Posing with Bug Light in the background. Can shorts still be called shorts if they are below your knees? 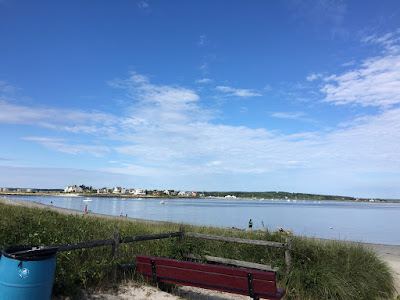 Taking a break at Ferry Beach in Scarborough. 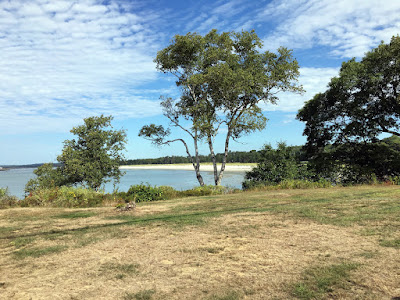 Looking back at Pine Point Beach, I think. 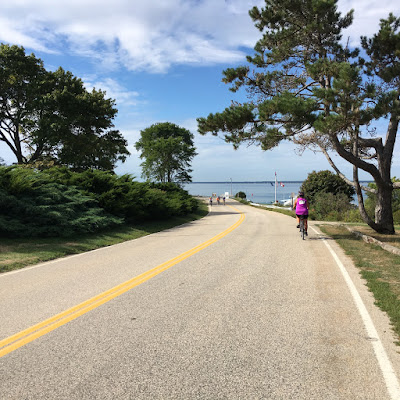 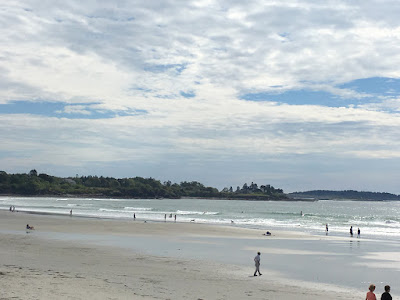 Taking another break at Higgins Beach. 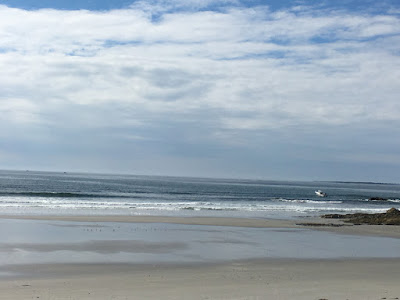 I have to come back here another time for a swim. 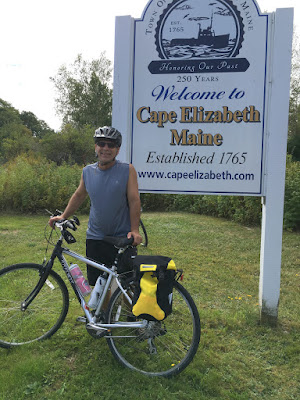 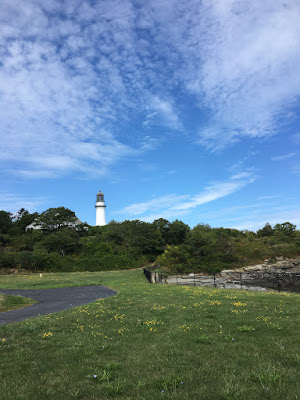 One of two Lighthouses in Cape Elizabeth. 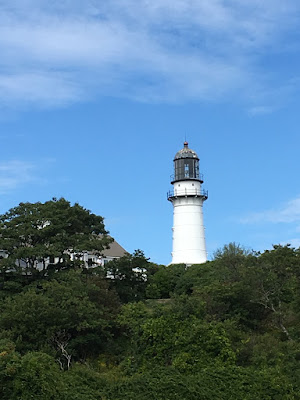 I believe this is Cape Elizabeth Light West. 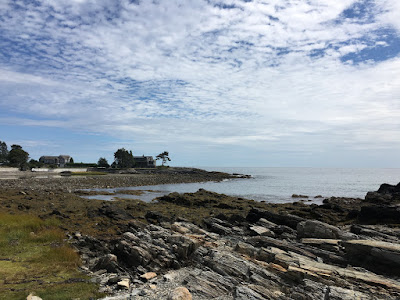 One of the many coves along Shore Road. 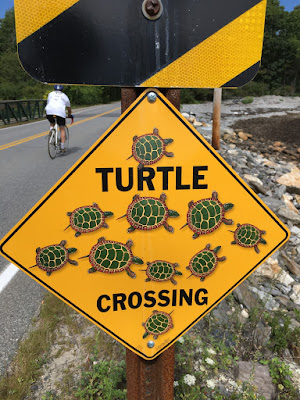 I know I'm slow but no need to rub it in.

Email ThisBlogThis!Share to TwitterShare to FacebookShare to Pinterest
Labels: rides

A Run to Remember Eric Sherman

Yesterday morning I made the short drive to Willowdale State Forest in Ipswich to celebrate the life of Eric Sherman. Eric passed unexpectedly last month at the early age of 53. The run was organized by Eric's good friend Mike and Willowdale was one of Eric's favorite places to train. I'm guessing he really loved the trails here since he lived two hours away and would often meet Mike at 5 am for training runs. It's just an indication how passionate Eric was about running. Thankfully, Mike cut this grumpy old man some slack (and everyone else) and started this run at 7 am. Actually, I had it easy compared to Eric's friend Steve who drove up from New Jersey to join in the run. Good friends do this kind of stuff. 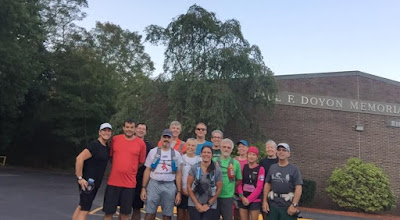 A great turnout for the run. (photo credit: someone's iPhone) 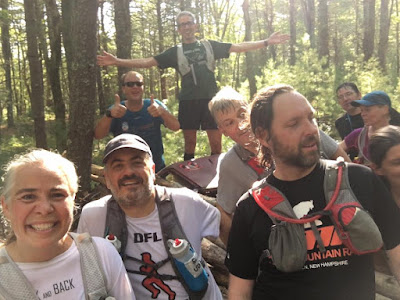 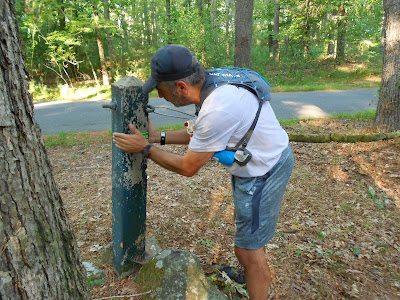 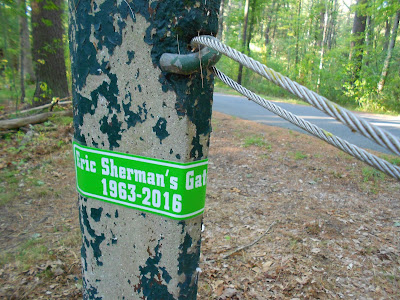 Mike named a gate after Eric to commemorate his wrong way turn during their first Willowdale run. 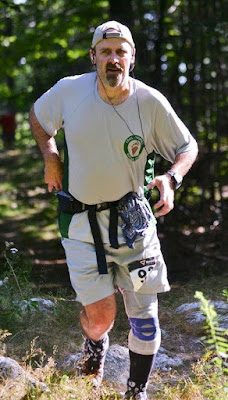 Eric doing what he loved. RIP

A message from Mike:

Eric lived a great life that included a loving family, many great friends and a long lasting love of the outdoors that he nurtured with his love of hiking and trail running.Eric became a fixture in the New England Ultramarathoning community over the last 5-6 years of his life with his entry and involvement in a great many races. He became well-known beyond New England thru his podcast "DFL Ultrarunning." His ideas from this medium were to expose a great many people to his sport and to focus on the every day runners who are drawn to this sport and to be a voice of encouragement to all who choose to participate.As an active and healthy of a lifestyle as Eric led it did not stop him from being stricken down from heart disease at the very young age of 53. A void that will never be filled has been left with his family, friends and all who knew him. We ask that you consider honoring his memory with a donation that will help the American Heart Association fight heart disease. Thank you. mjs