My plan for last weekend was to continue on my Sea to Summits Tour by doing another long run on the Mid State Trail. A friend was going to join me but he tweeted his back and had to bail which meant I had to change my plans. It would be impossible to do a long point to point run on the MST without a second person to spot a car. If I've learned one thing over the past few years it's that things rarely go as planned and you have to be flexible when life throws you a curve ball.

Instead, I headed to nearby Middlesex Fells Reservation to run a loop or two on the eight mile Skyline Trail. I'm registered to run the TARC Winter Ultra in one week which is a 32 and 40 mile race on this very trail. What better preparation could there be than to get familiar with the terrain before race day?  I haven't run in the Fells since 2009 when I completed three loops of the Skyline Trail with my friends KZ and Michelle. I was looking forward to running someplace other than Lynn Woods where I do most of my training runs. I would soon remember why I have avoided the Fells all these years!

I had a difficult time on the technical terrain and my running time for the loop was 30 to 40 minutes slower than what I ran back in 2009. Sure, I'm older, slower and more cautious now but that's a ridiculous time loss for an eight mile run. Needless to say I didn't go out for a second loop. Now, I'm wondering if I should skip the upcoming race. Given my slow time on the race course and my lack of any real training, it seems pointless to toe the starting line this weekend.

Then again, I could always add to my growing list of DNFs! 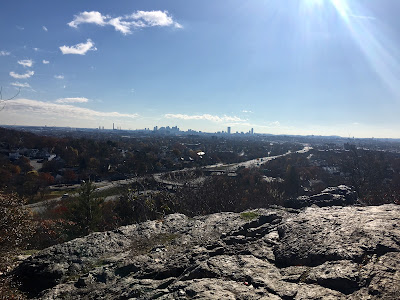 View of the Boston skyline from Pine Hill. 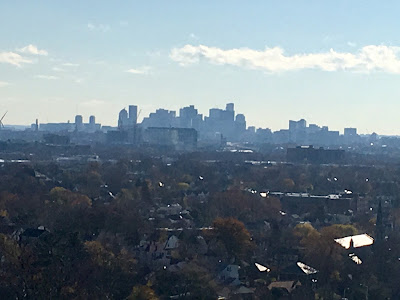 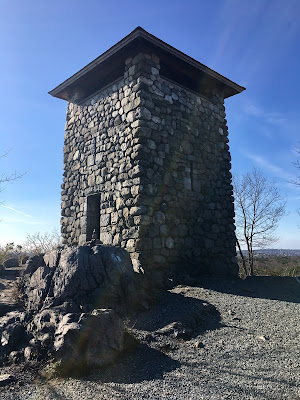 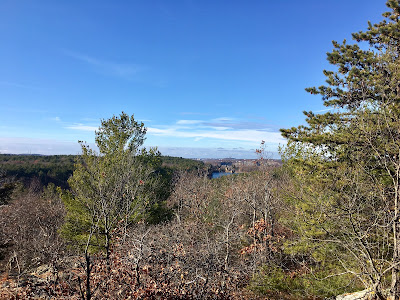 A distant view of North Reservoir from Winthrop Hill. 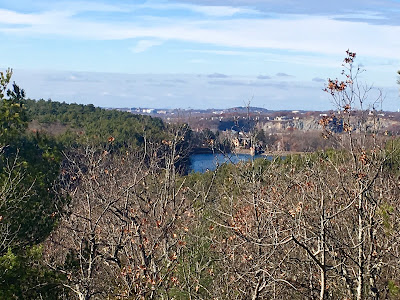 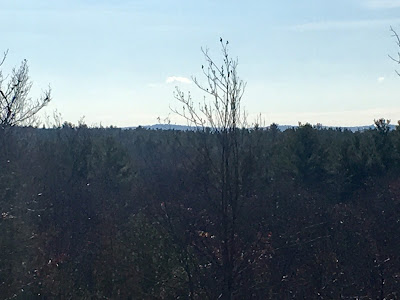 Great Blue Hill on the horizon about 20 miles to the south. 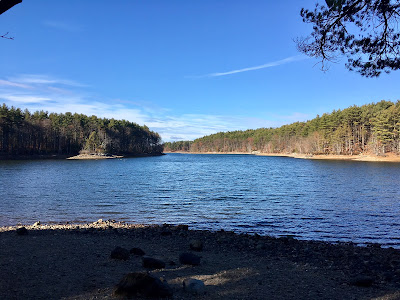 Standing on the bank of North Reservoir.

Anyone familiar with the sport of ultra running has heard of the "The Barkley". It's considered one of the toughest 100 mile races in the world. Perhaps THE toughest. Runners of The Barkley must navigate five loops of the unmarked course, bushwhack through razor sharp briers and locate hidden books before returning to the finish. It has 59,100 feet of climb (and 59,100 feet of descent), more than any other 100 mile race. Since the race began in 1986, only 14 runners out of about 1000 have finished within the 60 hour cutoff.

"The Nougat" doesn't have books, briers or significant changes in elevation. The course is also well marked making navigation a piece of cake. So what makes this race so hard? I haven't a clue but in it's seven year history no one has ever finished. NO ONE! Surely, this makes "The Nougat" the most difficult race in the world. :)

I went to The Nougat without any hope of finishing the 100 kilometer distance. I've only been running twice a week, averaging about 12 miles total. Even with this low mileage training I thought I had a shot at finishing 50K which meant completing five 10 mile loops (correction: 3 loops. Why make this more difficult than it has to be?). How optimistic of me. And maybe I would have if my mind was in the right place. It wasn't.

When I arrived for the 7 am start it was in the twenties but the strong wind made it feel even colder. I was fine with that. I love cold weather running. There was a small group of runners already gathered at the starting area. I took a quick look at them and didn't recognize a single person. Suddenly, and for the first time, I felt very disconnected from the ultra running community.  It was a very strange feeling indeed. 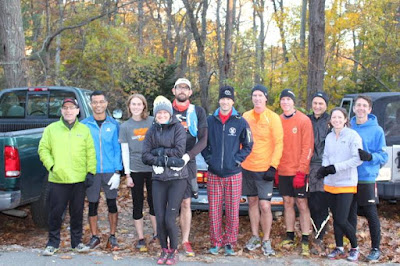 Pre-race photo. I must have been VERY tired because I didn't even notice Jim P. and Norm S. Two people I DO know! (photo by Mike Fitzgerald)

Despite the cold, I decided to run in a shorts and a short-sleeved tee shirt. By the time I had taken off all my outer layers the rest of the race field was already 5 minutes ahead of me. About 200 yards into the race I realized I didn't bring any calories with me for the 10 mile loop. Back to the starting line I went. By the time I was back on course I was 10 minutes behind everyone. This led me to feel even more disconnected from the race.

The 10 mile loop was a mix of single-track and dirt fire roads. I made good time on the fire roads but my pace slowed considerably on the trails. The single-track had an abundance of rocks and roots covered with a thick layer of leaves. I was worried about twisting an ankle, or worse, so I was very slow and careful on all these sections. In my case, I knew this was the right thing to do, but it really annoyed me knowing I'd become so cautious in the woods.

From the beginning, my mind was not into the race. As the miles clicked by I kept hoping my attitude would change. It didn't. I believe I would have felt differently had I not been running alone the entire time. I really missed my friend Karen not being at the race. We run at the same pace and tend to take it easy over the same type of terrain. By mile eight I knew I would drop out after one loop.

Two miles later I became another casualty of the hardest race you've never heard of.
Posted by Dan at 2:21 PM 2 comments: