With the 2015 GAC Fat Ass 50K just one week away I decided to check out the race's 10K loop in Bradley Palmer State Park. I was certain the many, often heavy rainstorms that occurred this month would have left the trails in less than idea condition. I was right, but the damage was far less than I expected. There is slight to moderate erosion on some of the carriage roads and a few water obstacles on the course. The worst trail erosion is between trail markers #17 and #22 ( see map below). The largest body of water to avoid has turned the small meadow between trail markers #66 and #67 into a small pond but I was able to make my way around it by bushwhacking a short distance in the adjacent woods. 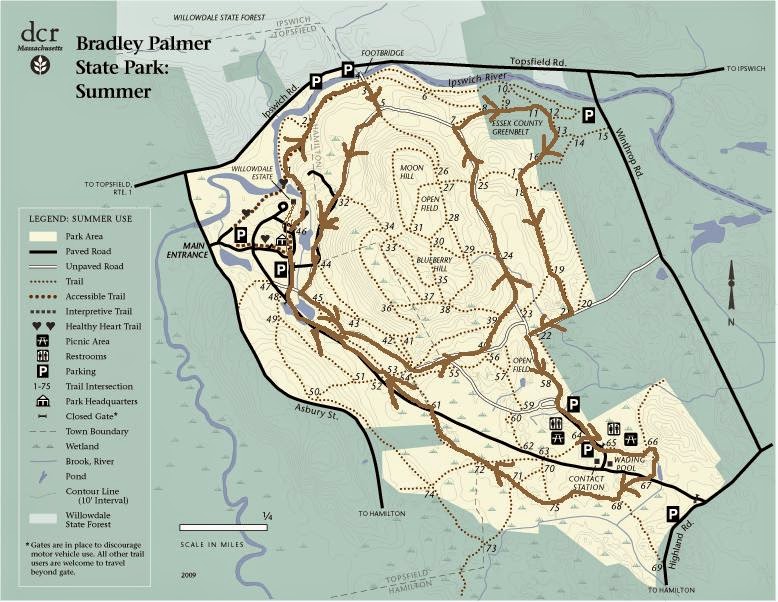 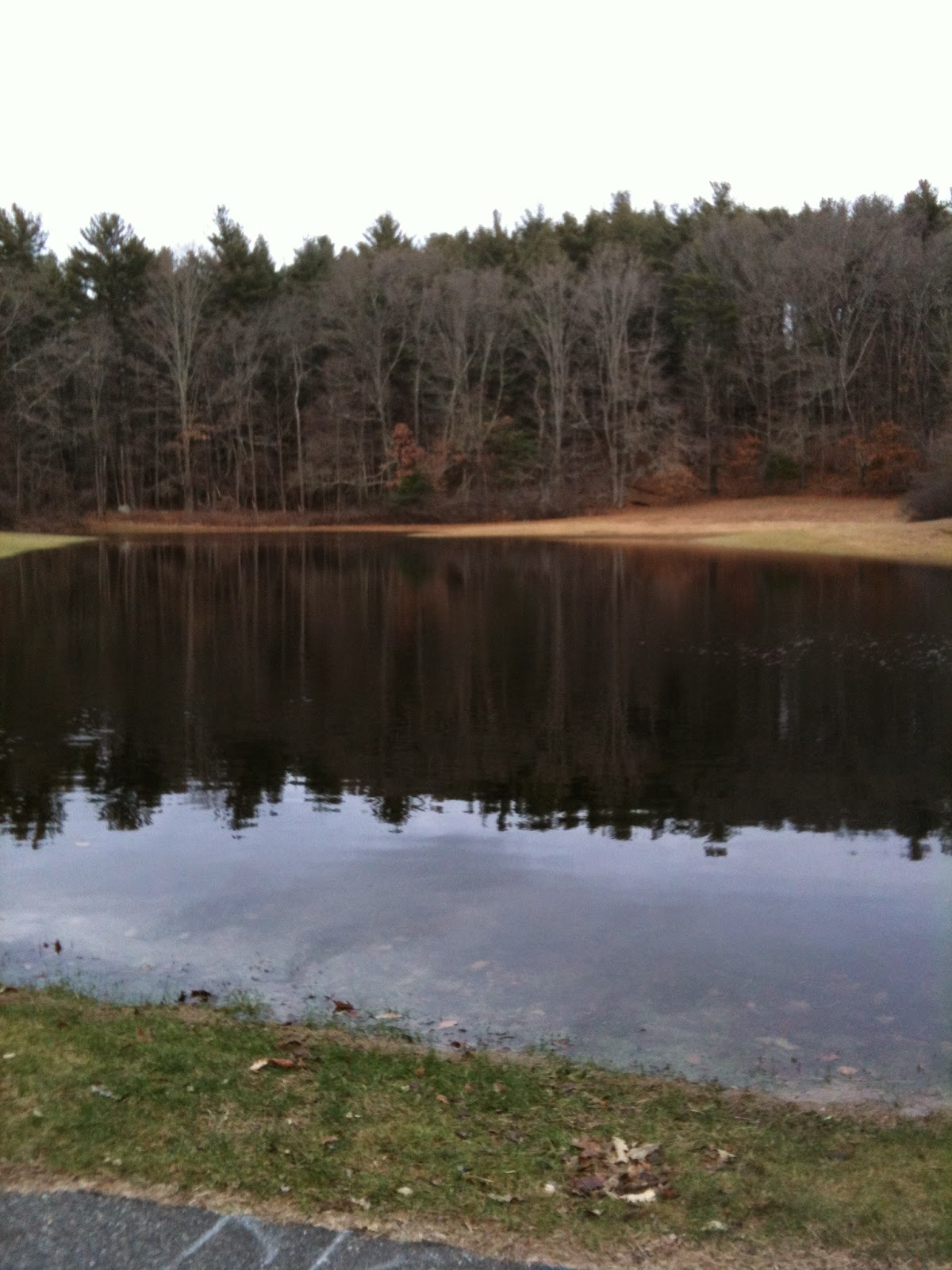 Only way to cross the meadow is through the woods. 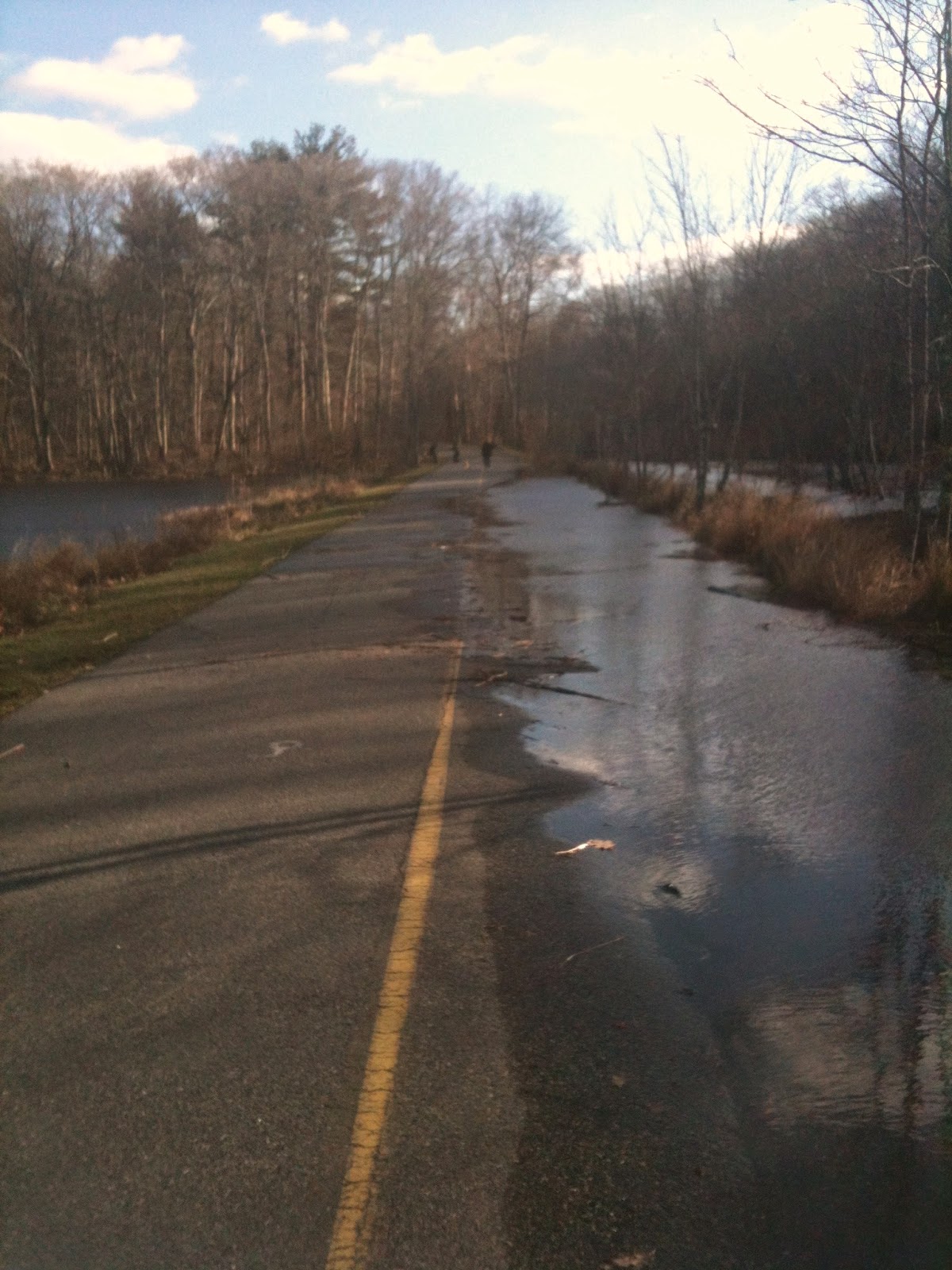 I'll be attempting my fourth 30K finish at the 2015 run (I've never make it through the full 50K). Unlike previous years, I'll be walking this time around but only if the snow holds off this week and there is no precipitation on race day. If either of these happen, I'll probably skip the race.
Posted by Dan at 11:02 AM 1 comment:

That is the question I am struggling with.

Should I enter a running race knowing I cant run and walk it instead? I missing running trail races and lately I've been considering the option of walking them. There are a few factors that have kept me from actually doing it. First, I don't get the same enjoyment from walking in the woods as I did from running through them. Second, I am a very slow walker. My friend Trail Pixie can walk around 12 minutes per mile but I'm lucky if I can maintain a 16-17 minute pace. Walking like a tortoise means I would be still on the trails long after all the runners have finished the race. Which leads me to the most pressing argument for not walking in a running race. The volunteers! These people donate their precious time, usually on a weekend, so we runners can play in the woods. I wouldn't expect them to stay out twice as long waiting for me to saunter across the finish line.

Despite what I just said, I'm considering entering the GAC Fat Ass 50K next month. Since this is a low key event I think I could get the blessing of the RD to start 60-90 minutes before the official start time to minimize any disruption I may cause by walking. And no, I wouldn't attempt to complete the entire 50K. That would be cruel and unusual punishment on me and the volunteers. My goal would be 30K which is the distance I covered in my three previous GAC FA50K finishes (all run on snow covered trails). 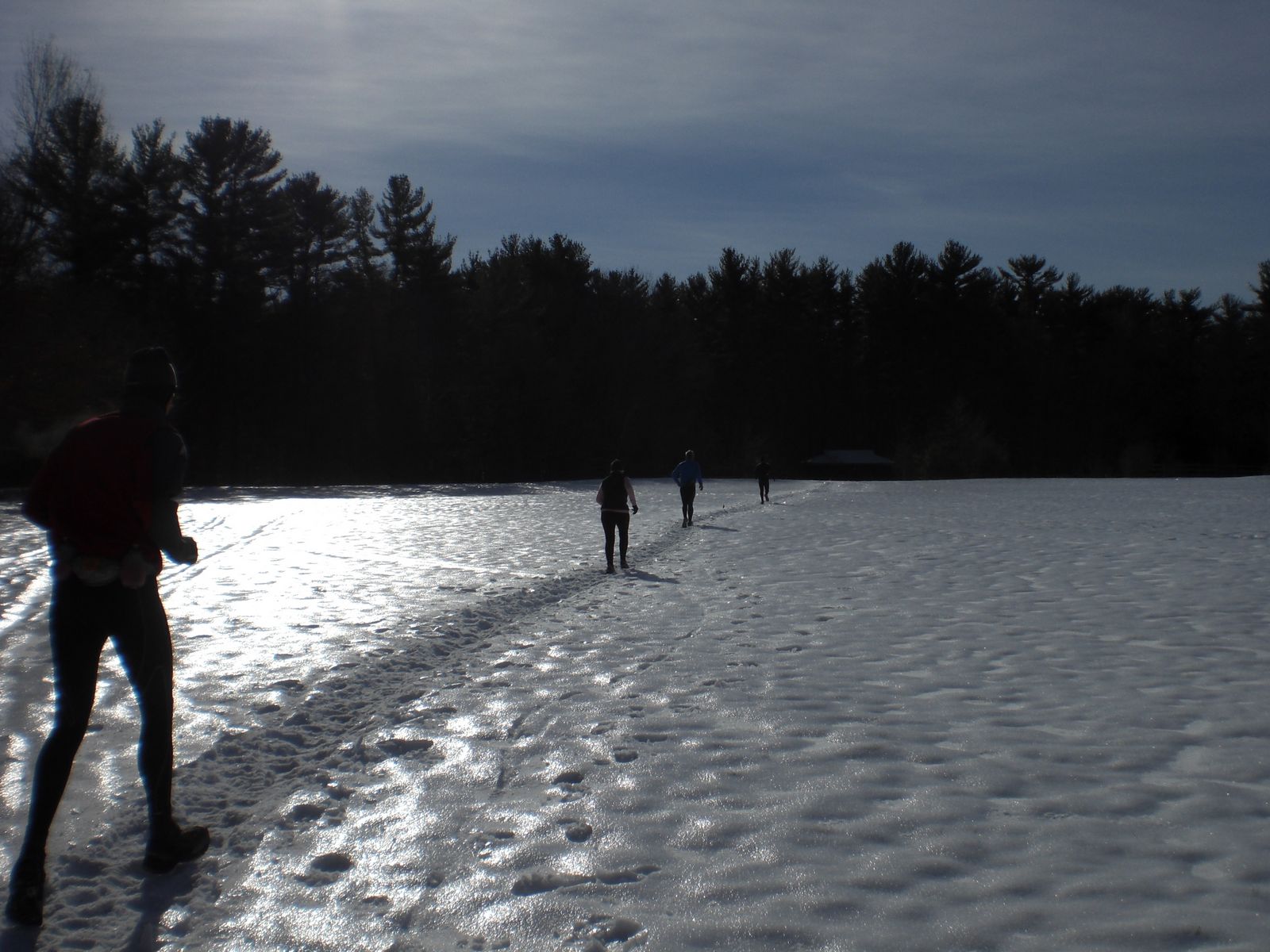 My friend KZ follows a train of runners across a snow-covered field during the 2009 GAC Fat Ass 50K.

I still have three weeks to think about it but you may just see me out there. Or not.
Posted by Dan at 3:04 PM 3 comments: