Last month I returned to the Bay Circuit Trail to fill in the 14 mile gap I created in March when I hiked 4 miles northbound from Pembroke State Forest to the Nathaniel Thomas Mill in Hanson. This early April hike took me through the three surprisingly rural "Bridgewaters" and into Hanson. I have now run or hiked 211 miles of the 231 mile BCT from the northern terminus on the sea shore of Newbury to the forests of Pembroke. One more hike will take me to my final destination, the southern terminus at Bay Farm on the coast of Duxbury/Kingston. But first I need to shake the pneumonia that has filled my lungs and drained my body of energy. 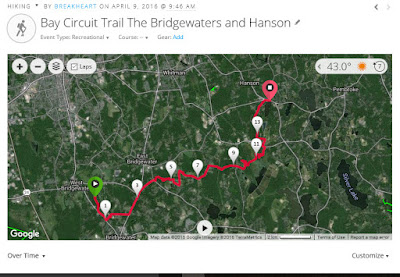 Route was mostly road walking but often past farmland on quiet roads so not all bad. 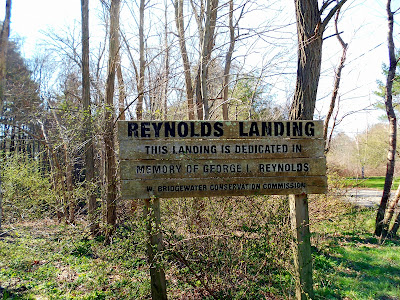 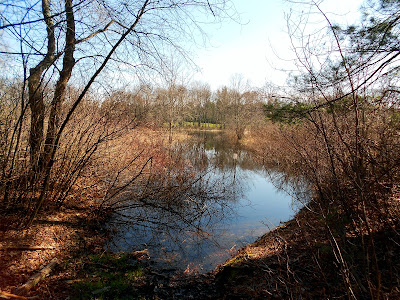 This is the canoe launch into Town River. 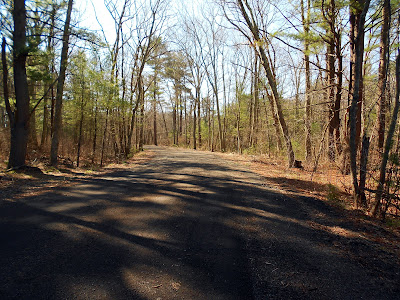 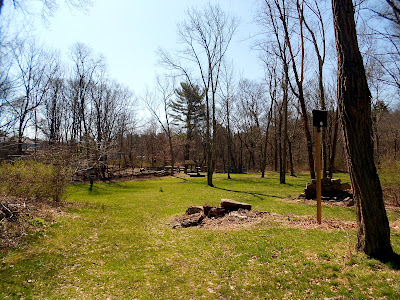 This is the site of a former Iron Work on Town River in Bridgewater. 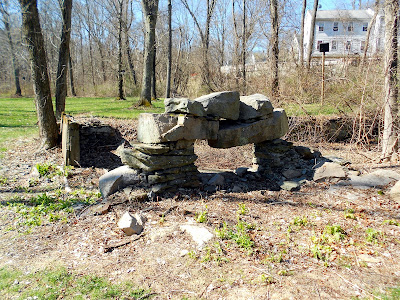 Foundation of one of the buildings on site. 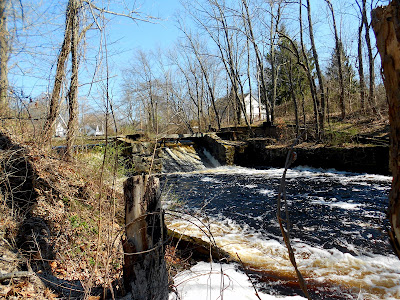 I assume the swift moving river created by the dam was used to turn a water wheel back in the day. 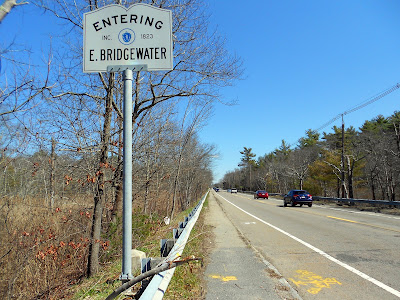 One of the noisy road walks as I enter into East Bridgewater. 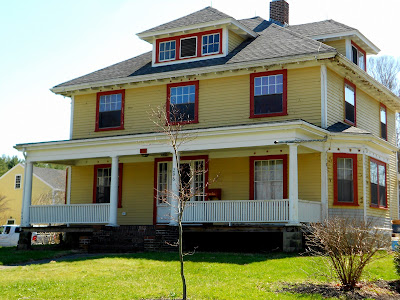 A nice old home on the Mistletoe Tree Farm in Bridgewater. 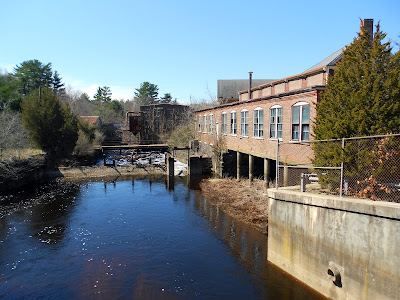 An old mill building on the banks of the Satucket River. 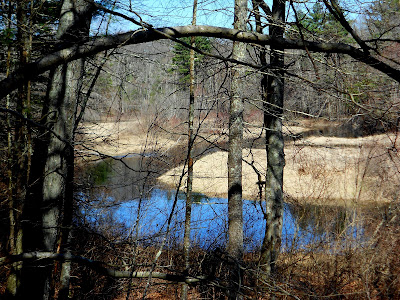 A glimpse of the Satucket River through the trees. 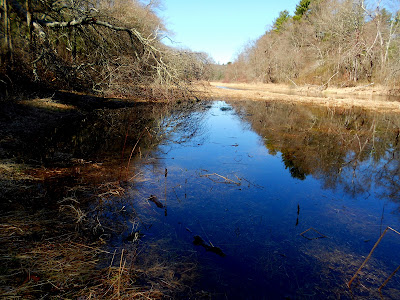 A quiet spot for reflection. 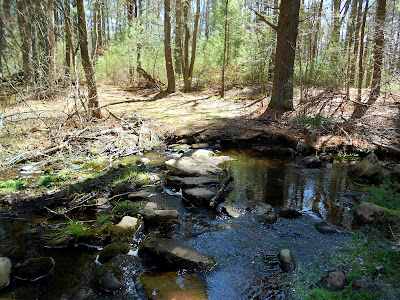 These stepping stones helped to keep my feet dry. 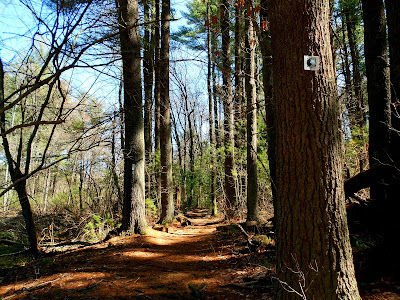 A nice section of trail through the Phillips Wildlife Area. 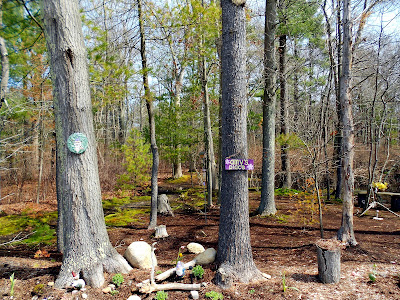 A tranquil space created as a memorial to Amy by her parents. Shortly after leaving this spot I had a long and moving conversation with Amy's mother. 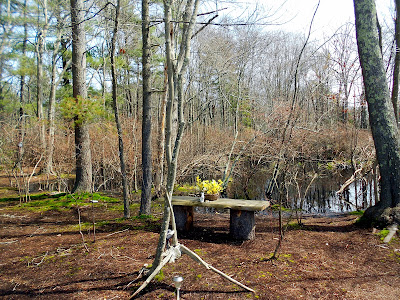 The land was purchased and cleared by Amy's parents. All are welcome to wander the quiet, well-maintained paths. 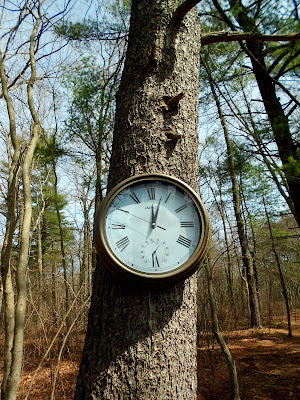 Our time on earth is fragile and fleeting. Use it wisely. 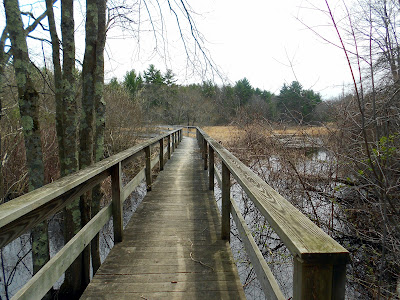 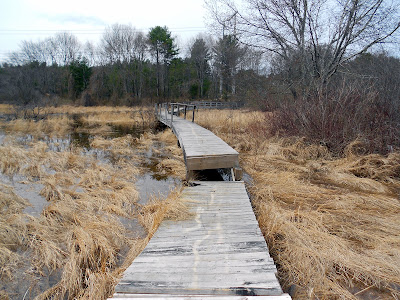 The boardwalk is in serious need of repair. 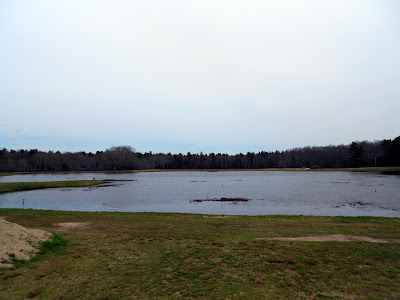 Walking past a cranberry bog in Hanson. 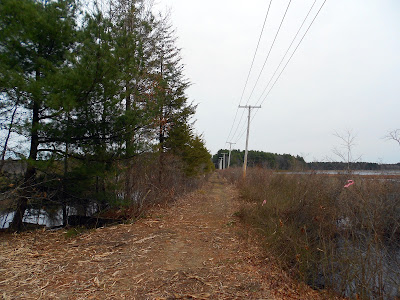 Taking the Indian Crossway over the open water in the Burrage WMA in Hanson. 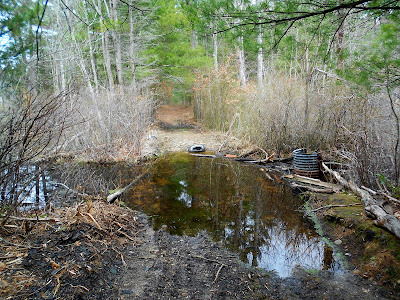 I had to get my feet (and more) wet here! 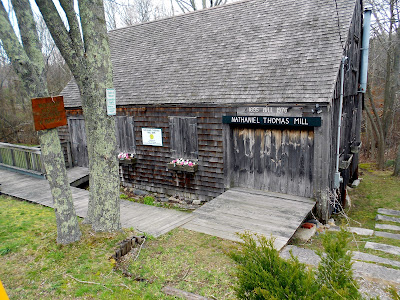 The end of the hike in Hanson at the Nathaniel Thomas Mill.

More photos and videos of my hike can be found here.