I’ve been away from the Bay Circuit Trail (BCT) for over four months. I’m not a fan of doing long hikes in the summer heat and humidity so I took a break. During this extended absence I planned how to split the remaining miles of the trail into manageable day hikes. It’s not as easy as you may think, given it’s a linear trail and I often hike point to point on my own. One ‘interesting’ thing I discovered during the planning process was that the BCT is actually closer to 230 miles long, not the 200 mile distance reported by the Bay Circuit Alliance back when I started the trail in 2011. The AMC has recently updated the BCT website and now reports the distance at 230+ miles. I’m not sure if the additional 30 miles resulted from re-routes over the years or some other factor.  It’s not a big deal, but it means I’ll have to do two more hikes than I originally planned. Not a bad thing at all.


This time my daughter joined me and we got dropped off on Route 1 in Walpole where we ended the last hike. The first mile was on a quiet back road which led us to a private driveway before we entered the woods. We passed by an underground house built into the sloping earth in the early 1970s. It was a bit strange to see a stone chimney sticking out of the ground with nothing else around it. 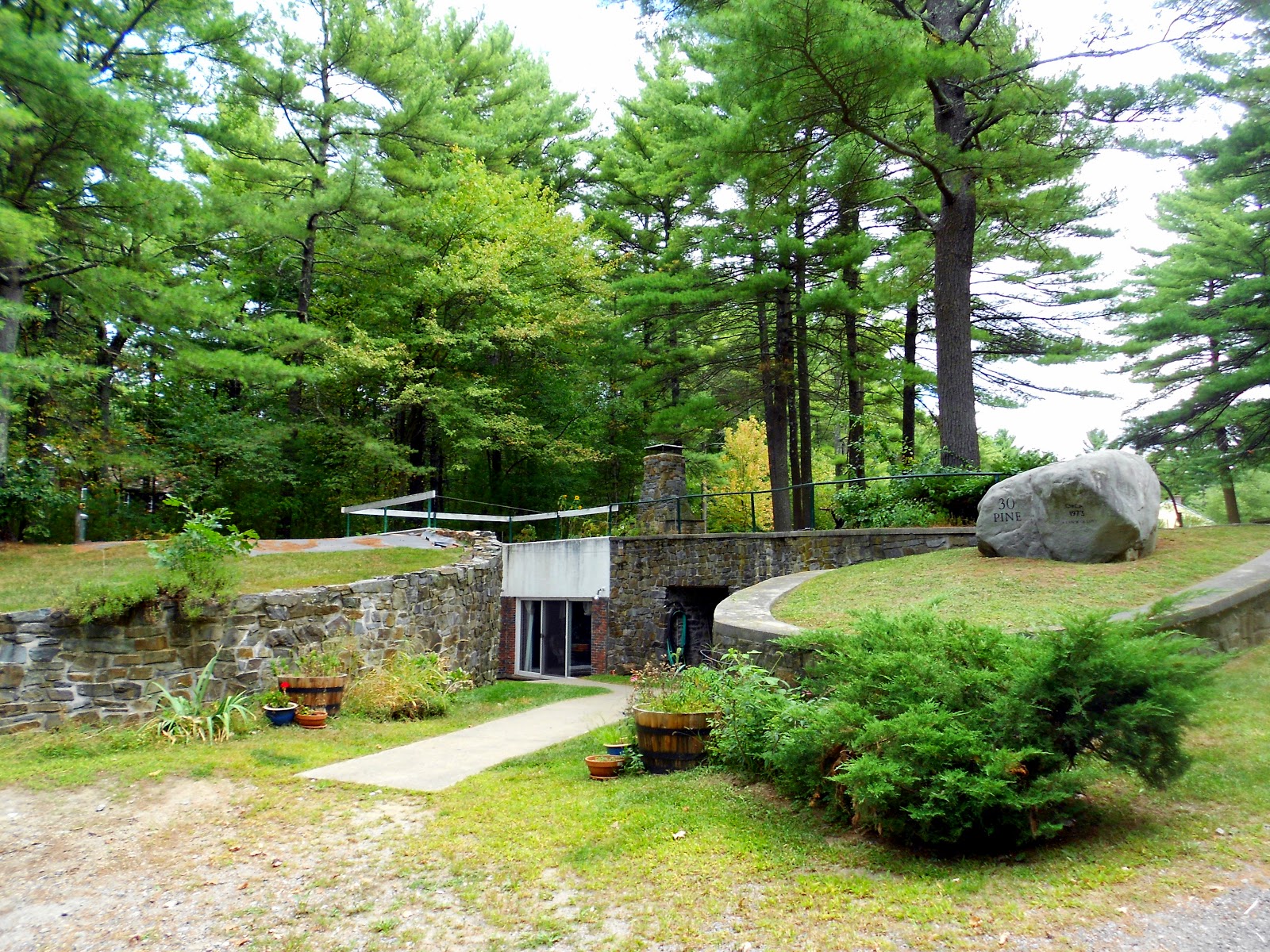 Underground house. The 'roof' is lawn.


At the end of the private drive the trail entered a wooded area adjacent to Moose Hill Wildlife Sanctuary. It was very spongy underfoot due to a thick bed of pine needles. I knew most of the day would likely involve walking on rocks and roots so I enjoyed this moment while it lasted. After crossing a road we entered into Moose Hill proper and began a series of ascents and descents. None were particular long but they were often steep. The high point of the day was reached at the summit of Moose Hill (534 ft) but sadly it was treed in and there were no views. I was somewhat surprised by the difficulty of the trails in Moose Hill but walking five continuous miles of single-track was an unexpected treat! 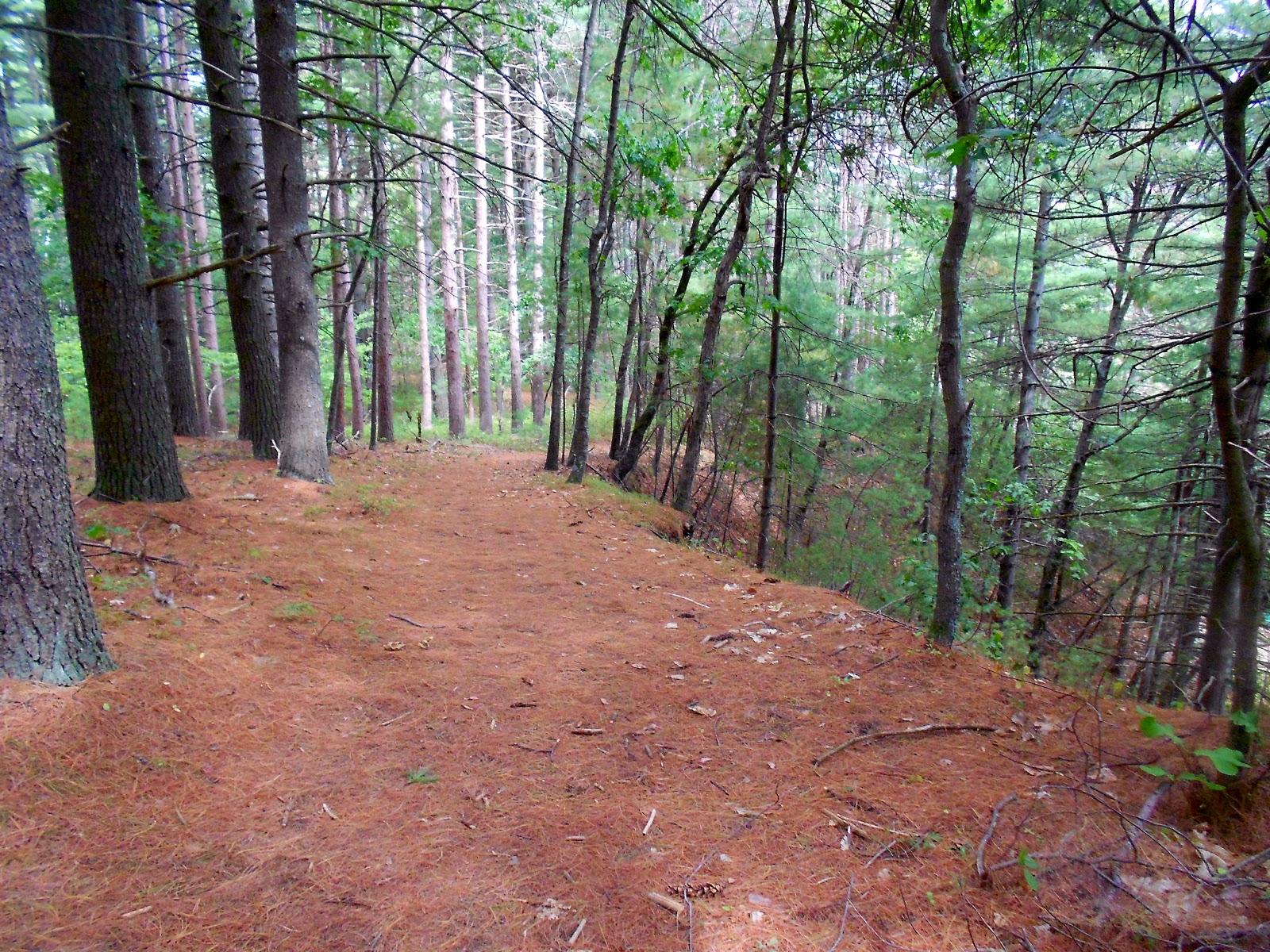 Pine needles and downhill! What more could you ask for? 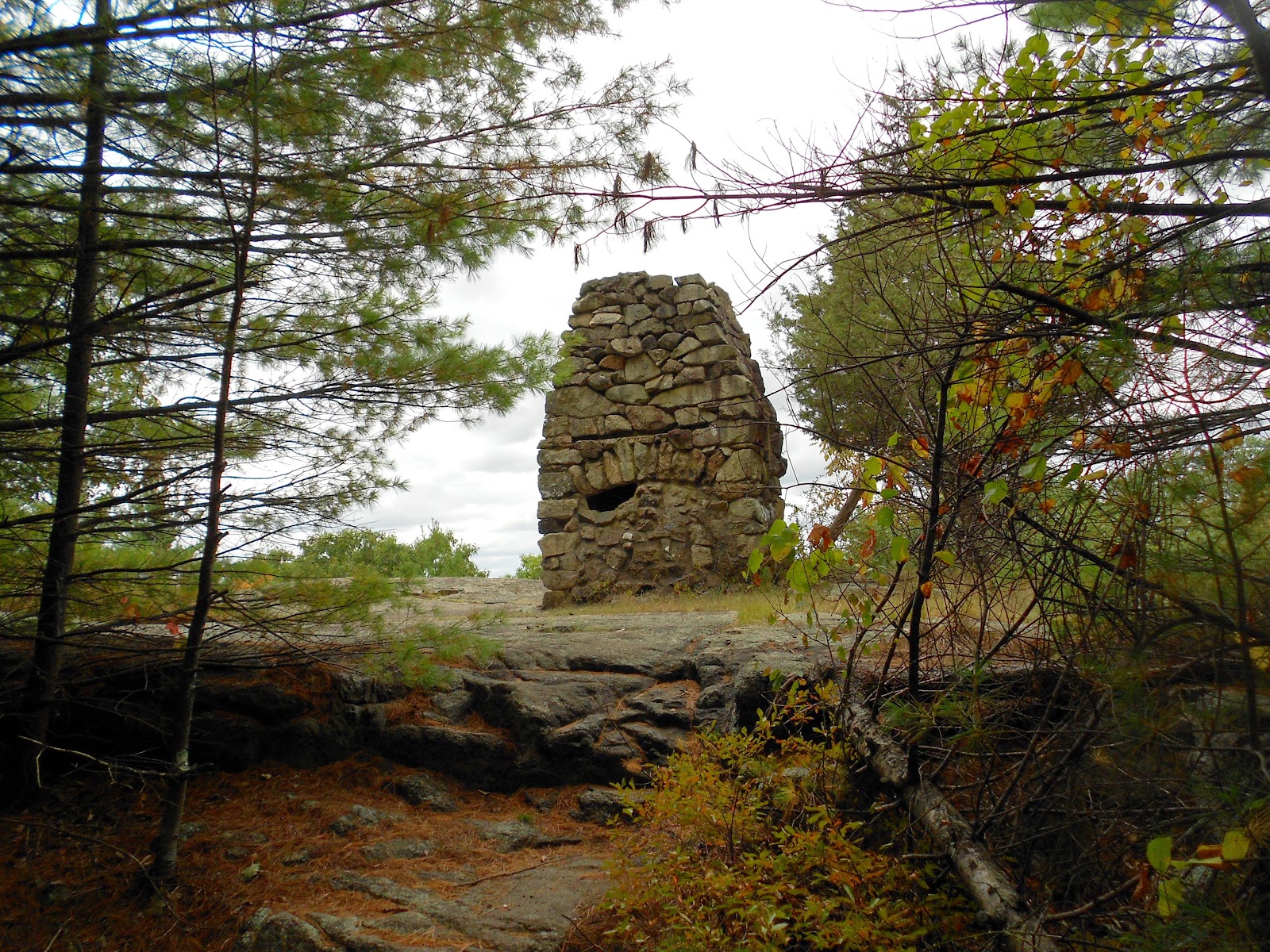 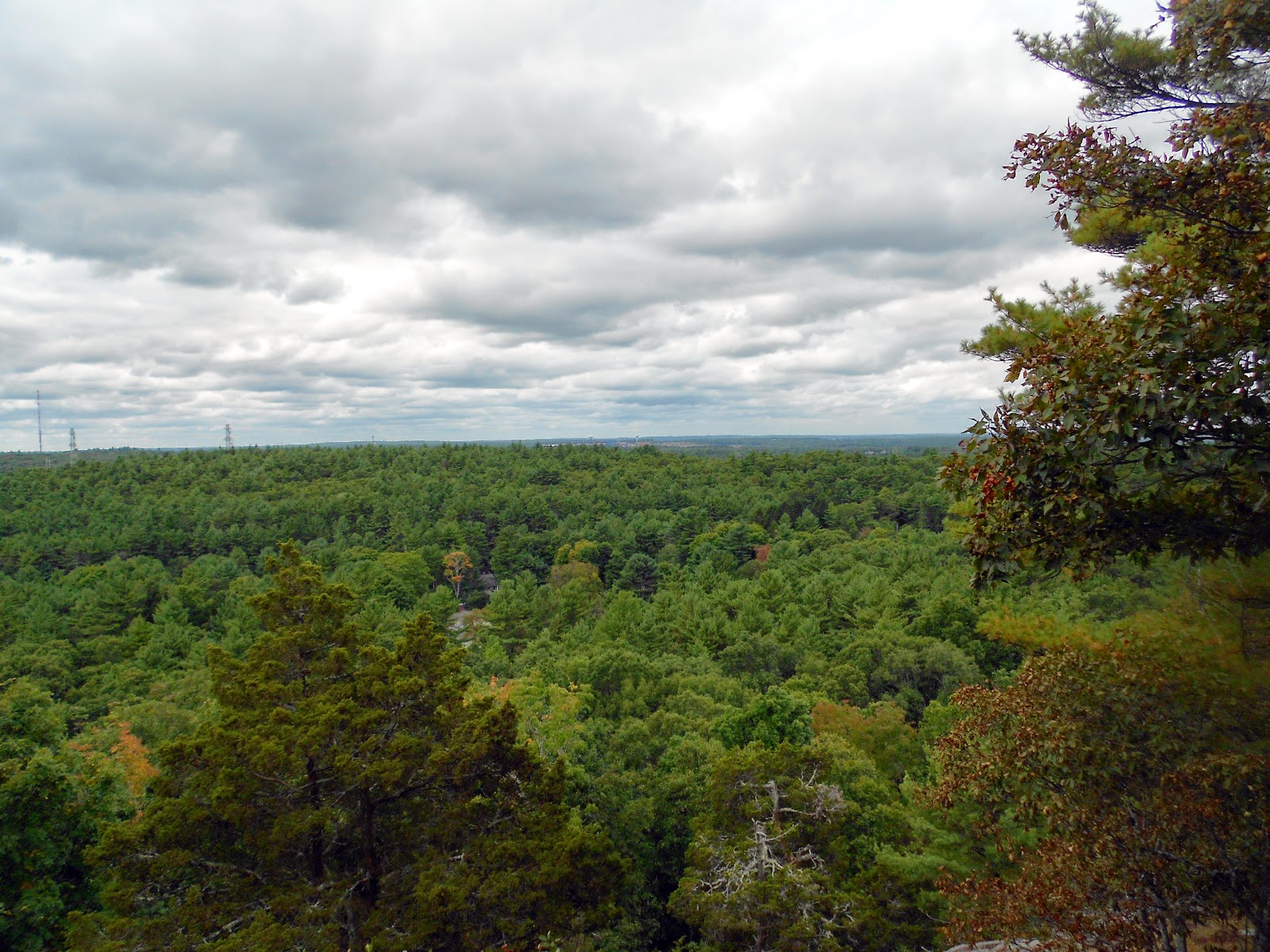 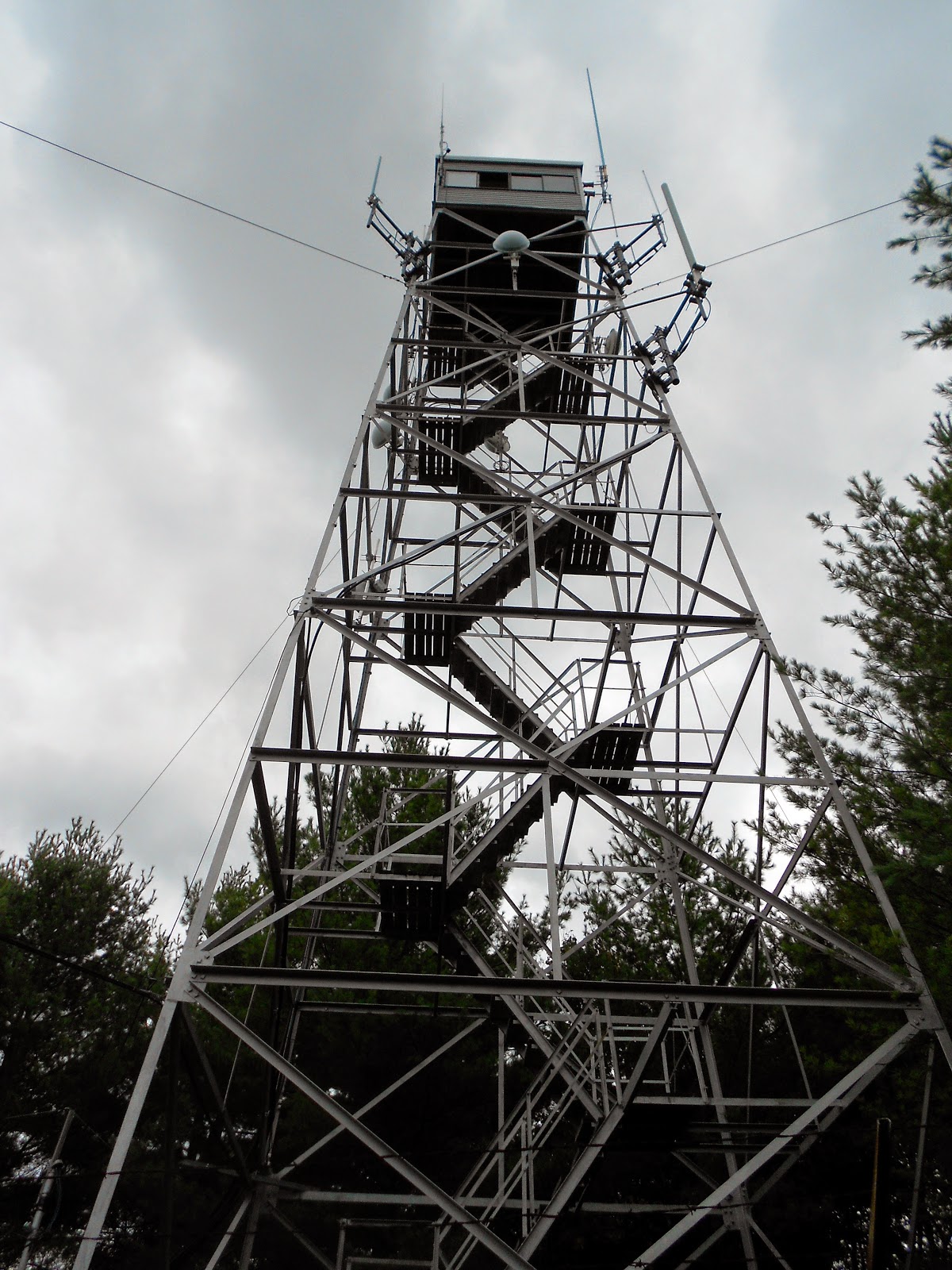 Plenty of up and down early on but pretty smooth the second half.

The next section involved a long road walk paralleling Massapoag Lake. Normally, I dislike the road walks but this one wasn’t bad as I was distracted by pleasant views of the lake and a few stately homes just across the street. About two miles later, we entered Borderland State Park for the final leg of the hike. The trail in Borderland was not as undulating as it was in Moose Hill. What it lacked in topography, it more than made up for with rocks and roots! I kept stubbing my toe on various rocks and roots as I often do when I begin to fatigue. After five hours of continuous movement I was pleased to see the park Headquarters Building which marked the end point for today’s hike. 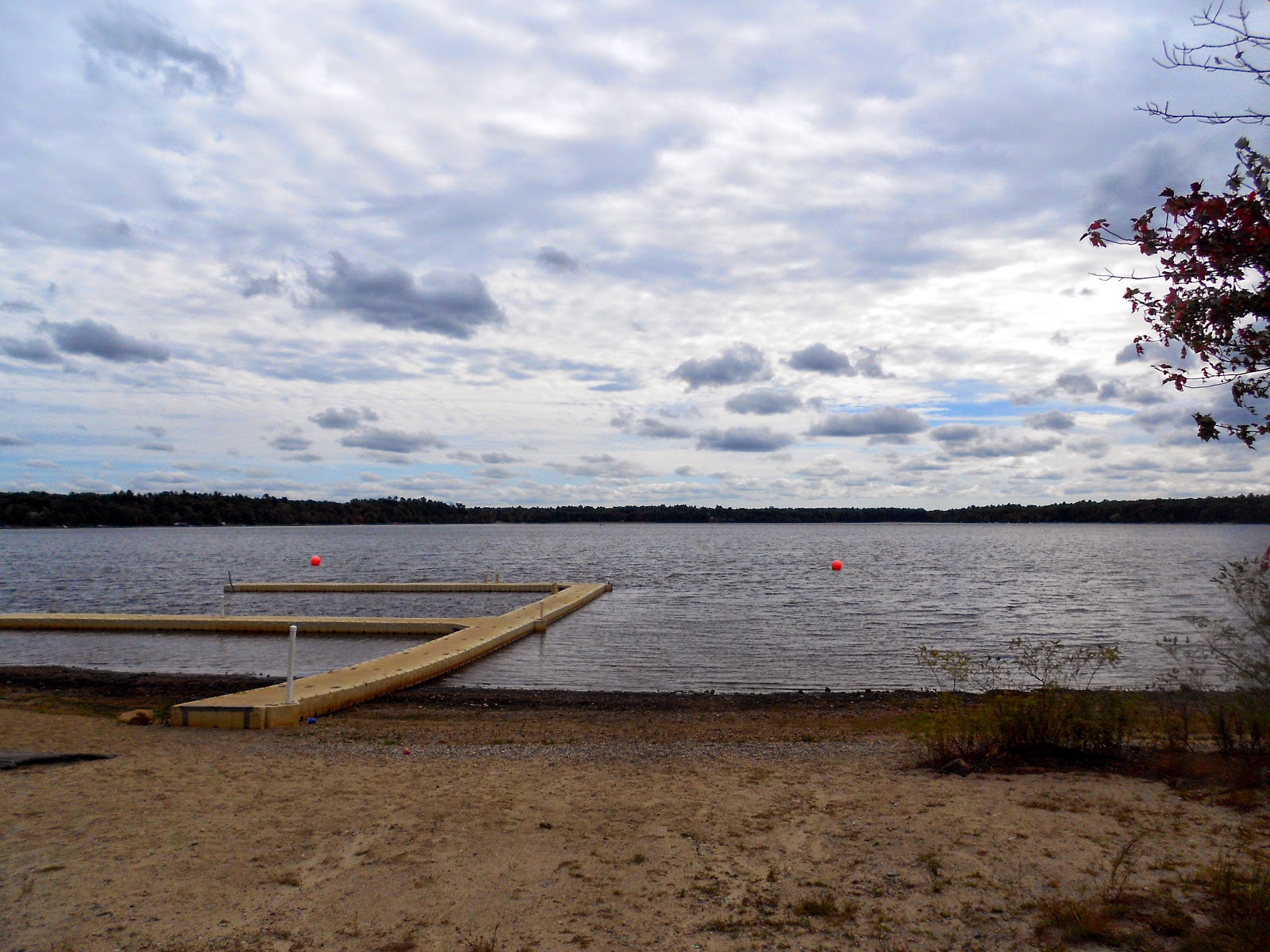 The trail in Borderland, and for this entire 13 mile section of the BCT, was very well marked. I never went off-trail and needed to refer to the trail guide only on a few occasions. This hike was more about spending time with my daughter than documenting the trail so I didn’t take many photographs. You’ll just have to get out there and see it for yourself.