Middlesex Fells Hike - Too Much Time To Think

I haven’t been doing any outdoor activities for the past month or so with the exception of a few bike rides. I've been trying to stay off my feet ever since I developed some foot pain (actually both feet) during one of my BCT hikes in August. I could tell by the pain in the balls of my feet and the burning sensation in my toes that it was Morton’s Neuroma but I was in denial for a couple of weeks. With all my other “aliments”, I wasn't willing to add another one to the growing list. After a two week regime of icing and ibuprofen I felt like I was ready to tackle a 10 mile hike in September.

Last week I decided to try once again. My feet were still bothering me but I decided the weather was just too nice to remain indoors. I had to get out! This time I would keep the mileage low, under five miles.  My first thought was to head to the Blue Hills, just south-west of Boston, but decided staying closer to home was more practical. Middlesex Fells, just a few miles from home was a better option. I've run or hiked in Middlesex Fells Reservation many times but always in the area west of Route 93. This time, I was interested in exploring the trails contained in the eastern section of the park. 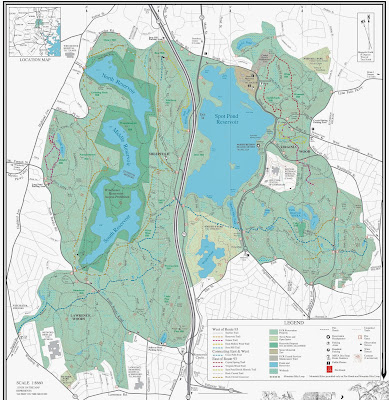 After a short drive I arrived at the Crystal Spring trailhead on a crisp and sunny morning. I had no particular plan for the day. I would just wander in the woods and let the trail decide my path. Leaving the parking lot, I followed a rocky fire road uphill until reaching the single-track trail at the base of Wamoset Hills. The climb up and over Wamoset was short and steep as was the next one over Whip Hill which followed shortly after. At 256 feet, Whip Hill is the highest point in the North-East section but it offered no views from the top. 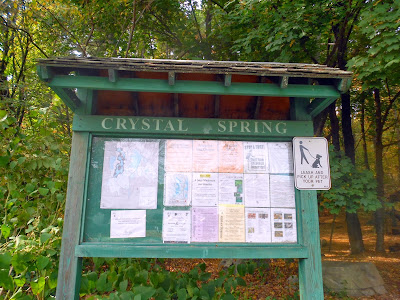 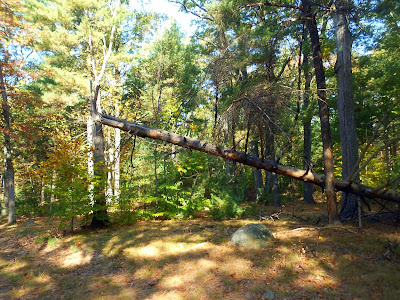 I saw many downed trees but the trails were mostly clear 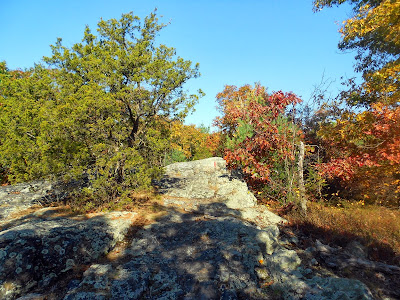 Approaching the top of Wamoset Hill 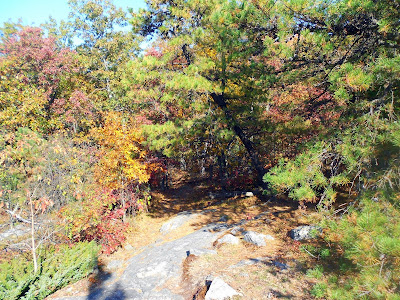 And descending the other side 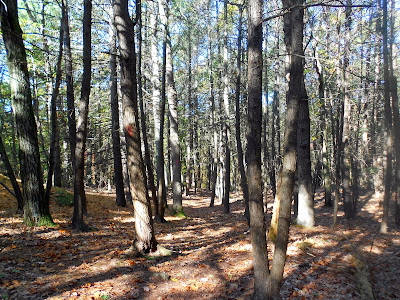 Dense woods on my path to Whip Hill 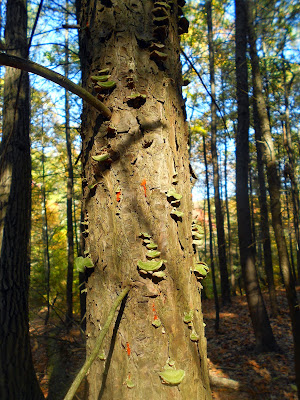 I continued on my counter-clockwise loop through wetlands and a public park before reaching the summit of Saddleback Hill. On a sunbaked opening in the trees I had a concrete bench to rest upon and a partially obstructed view of Spot Pond. Although I could have spent several minutes here, I chose not to linger. The winding descent from Saddleback brought me to Pond St where I crossed the road into Virginia Wood. That is, after I found my way around a trail detour caused by a major construction project of some kind. 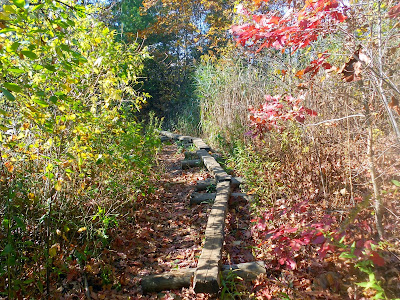 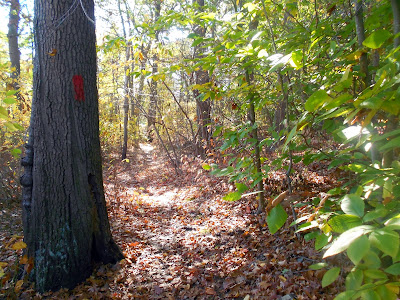 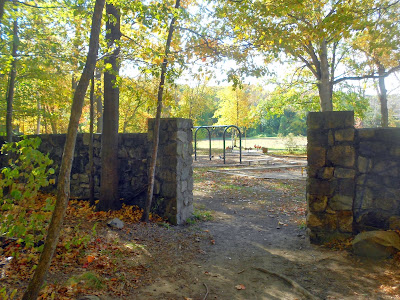 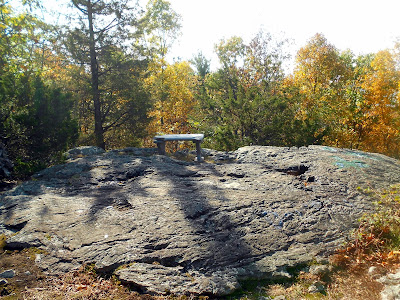 A nice spot to take a break on Saddleback Hill 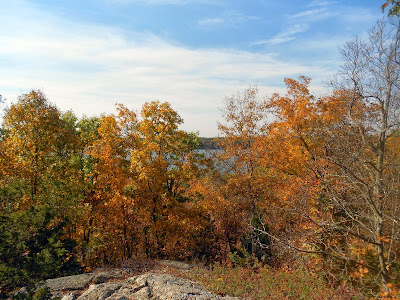 Spot Pond is barely visible through the trees 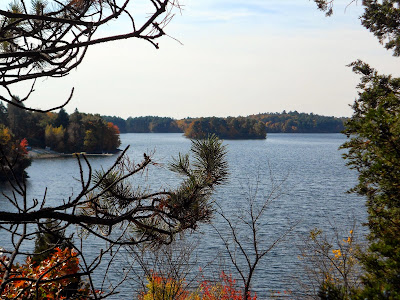 A better view of the pond on the descent 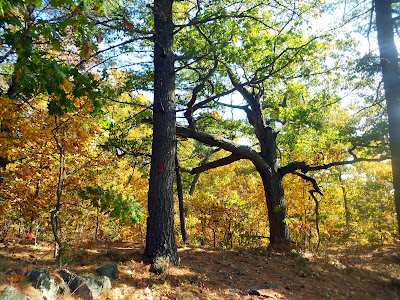 By now I was sensing this side of the Fells did not get the same use as its western sister. There were very few people on the trails despite the fine weekend weather. I followed the leaf–covered Virginia Wood Trail until it connected with the Rock Circuit Trail. Here the trail complexion changed from smooth duff to rocky granite. From an unnamed rocky peak I enjoyed my best view of the day. When looking to the north-east I could see the red and orange of autumn dotting a sea of summer green. I stood here for a few minutes, enjoying the view and the cooling breeze before I continued south on the Rock Circuit Trail. 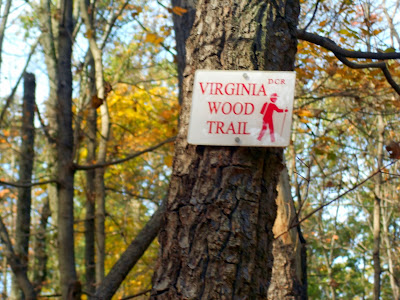 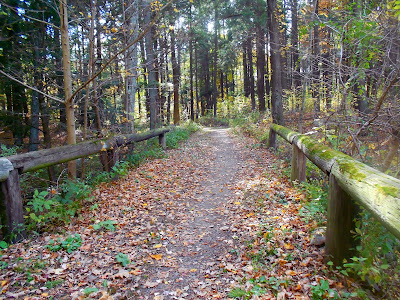 Bridge over a dried up wash 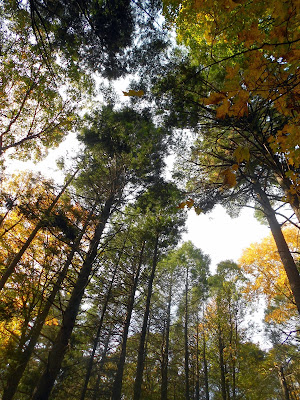 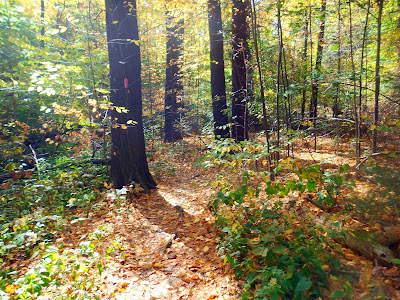 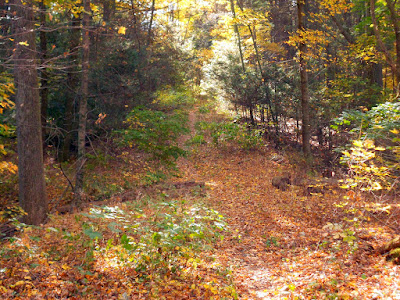 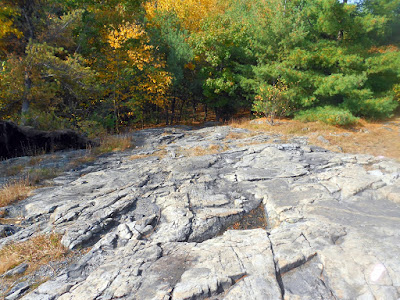 But all good things come to an end 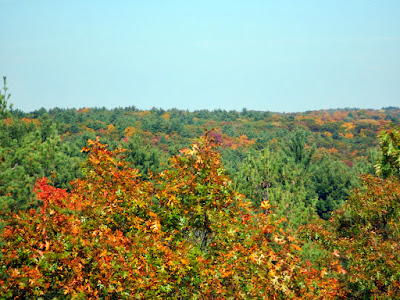 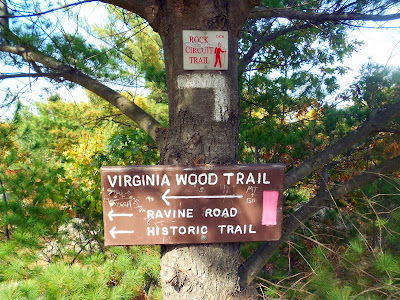 Then, out of nowhere, the thought hit me. Hiking alone is boring.

I’m not sure why I feel bored when hiking alone. When I was running trails, I could spend hours alone in the woods and never feel that way. Some days when out for a long run I could not believe how quickly timed passed. Maybe it was because I could turn off my mind when I was on a run and be carefree for those few hours alone. It was just me, the earth beneath my feet, the sky above.…and nothing else. I can’t get that same feeling when I’m on a hike.

I’m afraid I never will.

More photo of the eastern fells are HERE
Posted by Dan at 8:59 AM No comments: