Stone Cat, Or Not? 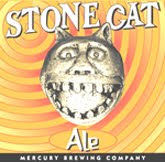 I sure do have some crazy running friends.  Steve ran the Vermont 100 Endurance Run in July on training of 11 miles a week.  He went into the race with a bad IT band and had to hobble the last 80 miles to the finish line.  Talk about determination!  Another good bud Streph, also ran the VT 100 with only one 20 mile long under his belt. He says he likes to under train and then taper for a race. It seems to work for him.  Perhaps the craziest of all is my friend KZ, who ran the VT 100, Escarpment (hardest race on the east coast) and the Speed Goat 50K (a tough mountain ultra in Utah) on consecutive weekends in July!  He's pretty quiet about his training method but I think it involves one mid-week training run and a race every weekend.

For me, the past six months have not been much fun.  To summarize:
So, I've been thinking to myself, "This is no way to prepare for a marathon. There's no way I can run Stone Cat this year." Or can I?

If I asked any one of my friends mentioned above they would likely tell me I'm over trained for such a short distance.  "It's only a stinkin' marathon!" they may say.  Actually, I received a text message from KZ the other night.  It was short and to the point.  It simply said, "Training is for wussies."

It's been a week since I made my debut as a Race Director at the Tuff Ten (10K) Trail Race in Breakheart Reservation.  I learned early on that organizing a race is a huge effort and would consume many hours of free time.  On race day I learned that you can't plan for everything and something is bound to go wrong.  You just have to roll with it. Overall, the race went very well but there were a few things I could have done better.

For most of the 63 runners this was their first time in Breakheart Reservation. They all seemed to enjoy the venue and the post-race refreshments served next to the camp fire. Many commented on how beautiful and difficult the trails are in Breakheart.  Yes, the race course was a difficult one.  The top two runners completed the course in over 49 minutes and both of them are 32 minute 10K runners on the roads.

On the down side, several ribbons, flags and arrows used to mark the course were removed by vandals which contributed to people losing the trail in some places.  Also, the orange spray chalk I purchased in the Summer when everything was green was difficult to see now that the forest floor was shades of yellow, orange and brown.  No one seemed to be bothered much by the little detours.  It's just a part of trail running. 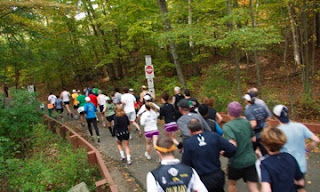 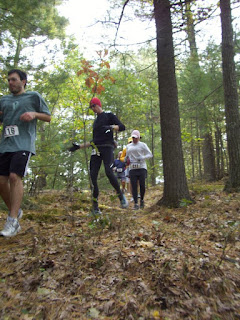 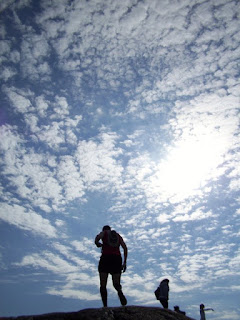 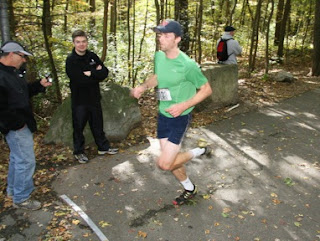 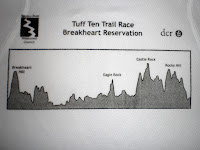 Less than one week to go to the Inaugural running of the Tuff Ten (10K) Trail Race in Breakheart Reservation and there's still much to be done.   I never realized how many hours go into organizing a trail race, even a small one, and I now have greater respect and appreciation for all Race Directors.  Still, I am enjoying the experience but happy the race is this weekend so I can then focus on getting myself healthy and back to some serious running in 2011.

I mapped out a challenging course that will be enjoyed by most runners although I'm sure I will be cursed by a few when they hit the first climb up Breakheart Hill. I am considering an alternative course that will keep runners off the Ridge Trail if there is rainy weather on race day.  It can get very slick and hazardous up there when it wet.  As a runner I would run that trail no matter what the weather brings but as a Race Director I would not feel comfortable putting runners at risk by sending them there if the weather does not cooperate.

We have a good selection of awards and raffle prizes including trail running shoes, Dymax socks, Marathon Sports gift certificates, one year subscriptions to Trail Running magazine, iTunes gift cards and many more goodies.  If you're looking for a race to run on Sunday, October 17th, check out the race website here. A direct link to online registration is here.  Online registration cost is the same as a mail-in registration. No extra fees.