I was looking to get in one last training run before The Hamsterwheel 6 Hour Run next weekend. The race is on The New Boston Rail Trail so I wanted to mimic race conditions by doing a run on flat terrain. After spending a little time on Google Maps I was able to find an ideal location close to home. A place I have passed several times but never knew existed. The Salem-Beverly Waterway Canal, also known as the Grand Wenham Canal was constructed in 1917 to divert water from the Ipswich River to augment the dwindling water supplies in the cites of Salem and Beverly. Although I like learning the history of the places I visit, I was more interested in the two mile long dirt path along the canal that passes through the Wenham Swamp.

You may think running for three hours on a two mile out-and-back, pancake flat dirt path would be boring. Hell yeah it's boring but that's the point! If I couldn't manage the monotony of a three hour training run, I probably couldn't handle it for six hours on race day. Unfortunately, the unseasonably warm and humid day did me in after two hours. OK, maybe I was bored out of my mind too. 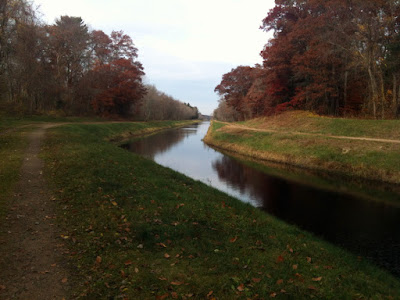 Starting out on the Wenham end of the canal. 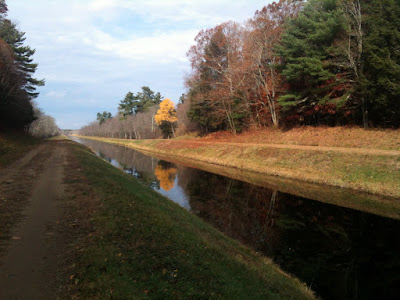 A beacon of color reflected in the calm water of the canal. 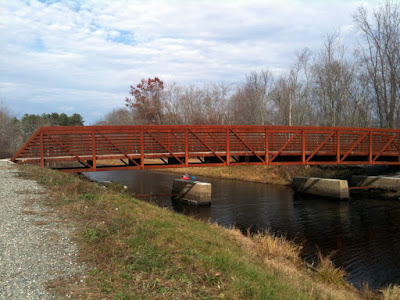 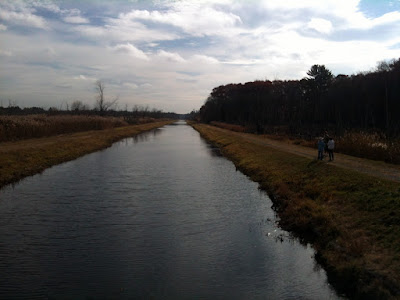 View of the canal from the bridge. 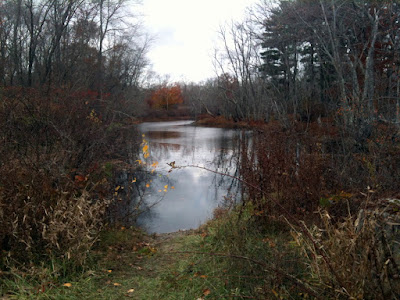 View of the Ipswich River at the canal entrance. 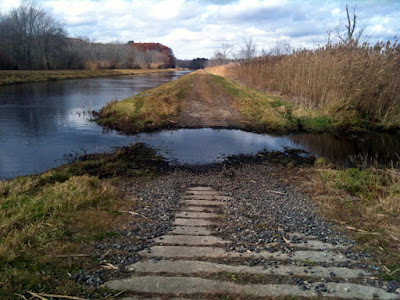 Three spillways allow the canal to drain into the Wenham Swamp when water levels are high. 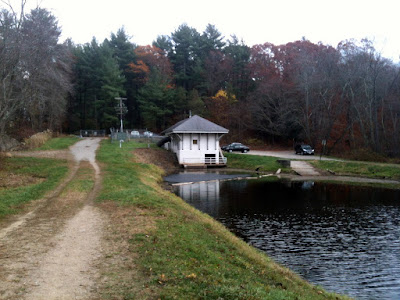 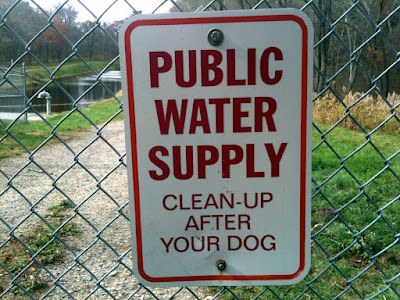 It was obvious to me that at least one dog owner didn't get the memo. I'll spare you the evidence.

I haven't been feeling good since I started running more than 5-6 mile training runs. My body has been rebelling ever since and I have been ignoring it for too long. Once I get through the Hamsterwheel, I plan to stop running for a month or more to see if my symptoms improve. It will be a good opportunity to focus on hiking and completing the final 53(?) miles of the Bay Circuit Trail before the snow arrives.