I haven't posted in a while because I haven't done anything worth mentioning. Ever since I finished running a marathon at the TARC Summer Classic two months ago I haven't felt like training much. I just got tired of running in the summer heat and humidity and dealing with nagging injuries.  I pretty much took the next eight weeks off, running very low mileage 2-3 times per week.  So when it came time to run a 50K I had registered for at the TARC Fall Classic I was almost certain I would be a "Did Not Start."  Then I got an email from my friend Runnin' Rob asking me if I could give him a ride to the race.  That was just the prompting I needed to yet again attempt to finish another 50K under trained.

To my surprise I felt very good during the race despite the unexpected heat.   The course was wedged between Interstate 95 to the south and Route 3 to the east.  The 10K loop was  mostly single-track with a fair amount of rocks and roots and several small hills, all runnable.  I ran three loops with my new-found friend Pam but had to drop at 30K after my IT band tightened up around 13 miles into the race.   The knee pain caused by the ITB continued to worsen over the next five miles and I knew there was no way I could run an additional 20K to finish.  It was definitely a disappointing day. 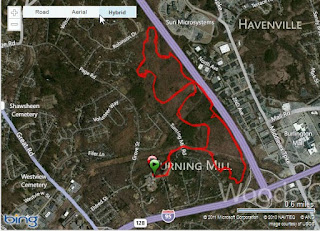 Roller-coaster ride
One week later I ran the 2nd Annual Candy Corn Run.   This is a Stone Cat training along the Merrimack River hosted by Bill Morse, an all-around good guy I've known for a number of years.  Bill has been doing this run for many years but renamed it the Candy Corn Run once he started marking the course with large candy corn signs instead of arrows and awarding bags of candy corn to anyone who can correctly answer his trivia questions.  This run is so much fun! 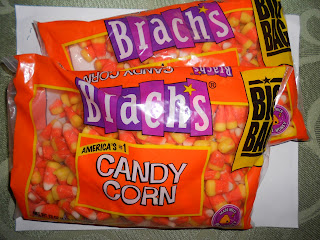 Pure sugar goodness
Again, I was feeling great during this run, maintaining a good pace and enjoying the company of fellow trail runners and the well stocked aid stations provided by Bill.  Unfortunately, my IT band starting acting up again around mile 13 just like the previous week.  It was particularly painful on the downhills but I was able to finish the 20 miles I had planned to run.  I really didn't have much of a choice.  Running was the only back to the parking lot.  Oh yeah, I could have walked!

Lastly, I did my final training run for the Stone Cat 50 in Willowdale State Forest this weekend.  This was my third training run on the race course in the past several weeks.  The trails were the wettest and muddiest I have seen them this year.  It made for a fun run, squishing though the mud and splashing through long stretches of deep puddles.  I was getting little twinges in my knee during the run but no real pain until mile 12.  12-13 miles seems to be the limit to the distance I can run right know before the pain starts to increase.


I wish the causeway was longer!
I'm not sure why my IT band is acting up again.   It was feeling good for three months.  Maybe it was feeling OK because I wasn't running much?   Who know?   All I know is there's no way I can run 50 miles at Stone Cat this year.   I've asked the RD to drop me down to the marathon.  I have a better shot at finishing 26.2 miles but it will still be a challenge if I have to run the last half with knee pain.   I run long distances all the time with plantar fascia pain but ITB pain is something I just can't run through.